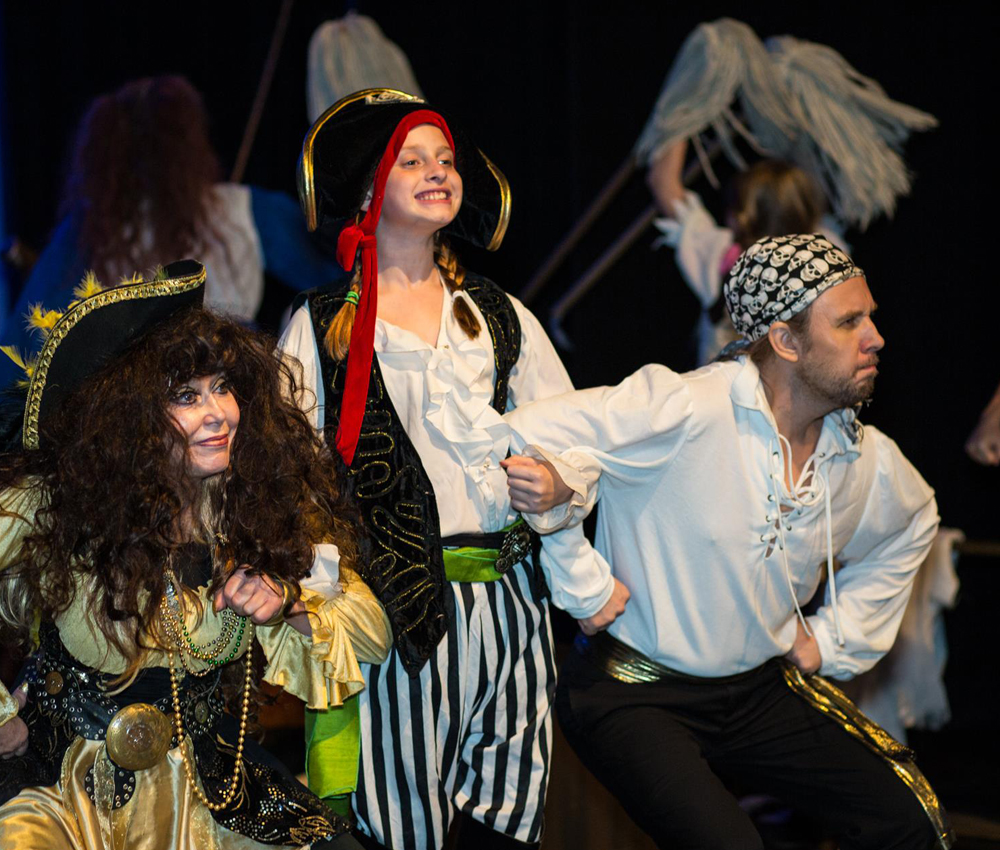 Captain Schnook is known as one of the fiercest pirates to sail the seas. But he has a few flaws that make him lose things . . . important things. When Queen Anya realizes that her kingdom’s treasure is missing and can only be found by sailing as part of Schnook’s crew, she trades in her crown and fine dresses and becomes pirate “Annie.” But, it’s no easy task being a pirate, especially when Swiper Sam and his slick, slithery, sinister swashbucklers interfere with Schnook’s journey. Can Anya and her audience of pirates be trained in time to defeat Sam? Join us in this seafaring adventure and be part of the show!

Keep up-to-date on upcoming performances, events, auditions and more by being a Gemini Children’s Theater Subscriber.